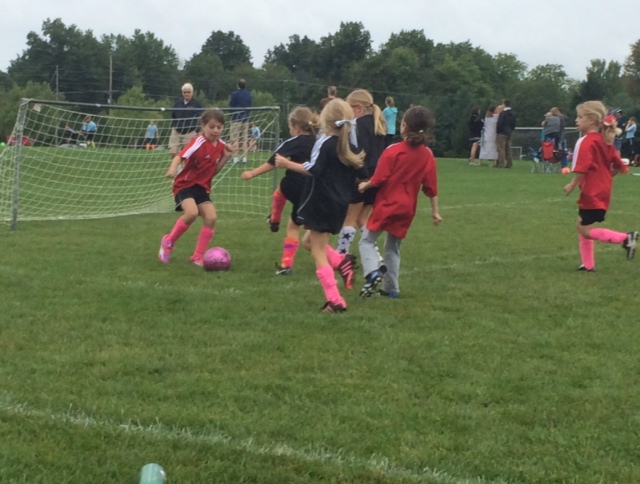 I’ve been watching sports all my life, but I’ve been a parent of athletes for about seven years. Once you become a parent of an athlete being a spectator is a whole new ball game. Over the last few years I’ve changed my watching game. Mostly because I’ve been around parents I don’t want to be like. Todd and I have done a decent amount of research on this topic (Links to various articles are below).
It started with the organizations our kids play for. They have rules in place for parents. I must admit that many parents don’t abide by them. The first thing is coaching from the stands. As coaches ourselves, we find it funny that there are so many parents who can’t help themselves. There are way more negatives to gain from this than positives. Not only are you undermining the coach, you’re undermining your player and doing that takes away their instincts. As a generation of parents we are ruining our children by controling so much of what they do. When they are on the sport field it needs to be the one place they make their own decisions. Right or wrong THE CHILD needs to be the one who makes the decision to pass or shoot….not dad from the sideline. And most of the time when we’re yelling to our kids, it’s too late. The decision should’ve already been made.
The next thing is yelling from the stands. I’m not talking cheering, I mean yelling. To me, using the word yelling gives it a negative connotation and that’s exactly what I’m talking about. In my years of coaching and being a spectator, I’m amazed at the things I hear yelled out at games. I thought it may be different at the youth level, but I was mistaken. I can sit here and list the things I’ve heard spouted from the stands but instead I’ll give you the acceptable things to say/do. Clapping, clapping is the number one most acceptable thing to do from the stands. Cheering, such as, positive screams, woo-hoo’s, yes’s, way to go’s. Cheer for your child first, if you don’t want to cheer for others don’t. That’s it, that’s all that should come from the stands. Never anything negative, no boo’s or hoots. No calling out players, coaches or refs. It’s the age old rule, if you don’t have anything nice to say don’t say it all.
This is not just my opinion. Many professionals agree and most importantly your child does too. Ask them. I did, and I was surprised by the answer. My presence at the game is enough and all they need. I don’t have to be loud for them to know I’m there and excited. I would challenge you to sit back, say nothing, listen and observe other parents for one whole game, a lot will be discovered from this experience: I’ve taken this to the extreme and majority of the time I sit and watch without saying a word. I’m not telling you to do that, but I am asking you to look at yourself and your behavior and ask yourself if you’re proud of how you are at your kids’ games and would you want your athlete to behave that way.
If you only click on one link, make it be this one and watch the video.
http://devzone.positivecoach.org/resource/video/coaching-stands-confusing-athletes
Same video, with a blog post from another source.
http://www.breakthroughbasketball.com/haefner/why-coaching-from-stands-causes-confusion-and-how-to-stop-parents-from-doing-it/
Positive Tips for Parents
https://breakingmuscle.com/fitness/how-not-to-be-that-sport-parent-6-positive-actions-you-can-take
Take a good look at yourself while reading this list.
http://www.stack.com/a/10-signs-youre-a-horrible-sports-parent

2 thoughts on “Being a Parent of an Athlete”